Bridget Wishart And The Band of Doctors 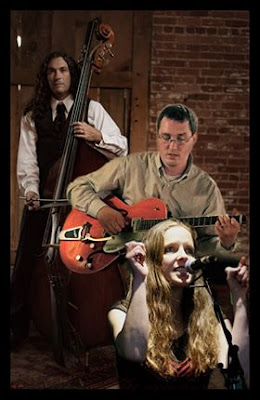 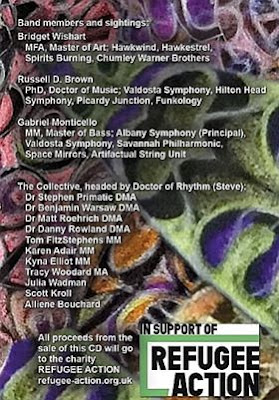 Bridget Wishart & the Band of Doctors were formed in response to a call out on Facebook in 2017 by Rob Mellor for musicians to contribute tracks for a benefit CD in aid of Syria Relief. Rob stipulated that each track must prominently feature a homemade instrument. Ask Rob why! Gabe, Russell and some of the Collective had recorded a track with a veritable slew of homemade instruments but were without song. Bridget had failed miserably to make anything sound worthy with her elastic band creations but had a song waiting. B and G having worked together before were immediately amenable to pooling resources. Via the power of the internet and the talent of each musician, Sorrow was created and sent to Rob for inclusion on One String Inspiration. A CD that was to catch the eye of, and end up in, the British Library Archive. Facebook was also the venue for the naming of the band and Rob it was, who was responsible. To be truthful, Bridget and Gabe are mere Masters but try hard not to feel diminished in Russ and the Collective’s ‘Doctorly’ company.

Their forthcoming CD Ghost is a project three years in the making and will be released on Submarine Broadcasting record label. All proceeds from sales are going to the charity REFUGEE ACTION 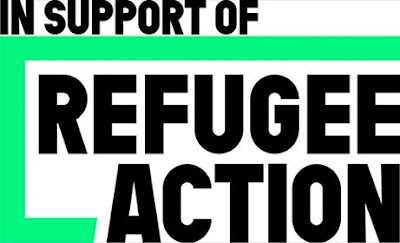 Sorrow, by Bridget Wishart and the Band of Doctors
from the album One String Inspiration
submarinebroadcastingco.bandcamp.com

Posted by Anthony Servante at 2:21 AM No comments: