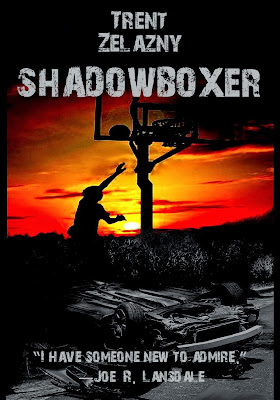 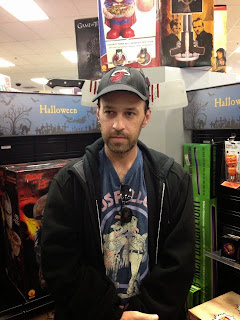 
Summary:
Once a happy family man, Kealan now spends his days walking aimlessly and crashing in his friend's spare room. It never seems to matter how much he walks, because his shadow is always there. When he meets younger Valerie, an inquisitive and sensitive soul, a few rays of light begin to penetrate his dark curtains. But what about her jealous ex? How is it that some things inevitably tie together? And where does one's shadow lead to?

Introduction:
I critique stories, not authors, but because I cannot distinguish the shadow from the source, it is difficult not to see Trent as the hero of his own story. I must forget that this book is evidence of the author's struggle to fight his way out of Hell. I must forget that the story is "therapy" to deal with the burns and scars of his emergence from that Infernal. For emerge he did. Trent has woven a hero who is a shadow of himself. And as tempted as I am to find the author in his work, I'll avert my gaze from the light and concentrate on the shadow, on the book at hand.


The Critique:
Shadowboxer is the story of Kealan, a man who has lost his family and now stays at this friend's home as he struggles to regain his footing on the solid ground of life. Trent uses the metaphor of "shadow" and "dreams" to exemplify Kealan's tragic past. "Light" represents life and hope, but for Kealan, stepping out of the shadow is not rife with joy and triumph; it is a blinding light that registers the stark nakedness of life's dangers, both emotionally and physically.

Initially, we meet Kealan as he steps out of a bad dream. Trent writes, "He was still in the darkness of his bedroom, but out the window misty dimness was shifting to a vaporous, shimmering glow... He couldn't get used to it, and knew he probably never would" (pg. 1). Kealan turns away from the "light" and returns to the darkness by covering himself with his blanket. But he makes a decision to get up and face the day, a decision that will change his troubles, though not necessarily for the better.

Later, we see that Kealan spends his days on lengthy strolls, still immersed in the gloom of his dark past: "The shadow within the shadow swirled and disappeared and Kealan was still walking. His shadow was still there" (pg. 20). Although he has literally stepped into the light of morning, he is still symbolically trailed by the gloom of his tragedy. He can't escape this "haze" asleep or awake.

Here would be a good time to discuss "shadowboxing" and its use as a metaphor for Kealan's fall and rise from his tragedy. This term refers to a style of training in boxing where the fighter pretends to spar with a partner in an effort to prepare his muscles for a real fight. As such, Kealan is the fighter who spars with his depression (as represented by the shadows and other dark hazes) to prepare for a return to fighting the real battle of day-to-day living. He first fights the dark dreams that recycle the memory of that tragic accident which took his family by waking up early and going for walks ("Whether he was awake or asleep, the contents of his mind did not seem to be wakeful thoughts. Surrealism painted in a dreamlike perplexity" [pg. 36]). Then he boxes with his guilt about overstaying his welcome at his friend Nash's home by drinking his guilt away ("In the chaotic commotion swimming throughout the bar, little else existed other than Kealan and the glass and bottle before him" [pg. 27]). But it isn't until he meets Valerie Jones that Kealan Dovovan realizes that he's in for a real fight.

That fight comes in the form of Valerie's ex-boyfriend, a jealous brute, Jeffrey, who stalks both Kealan and his ex. This intruder is Kealan's welcome to that real fight I mentioned earlier, and we see how Trent Zelazny describes this initial encounter with reality: "The whole damn world is like a fucking cat with a mouse, letting you loose and then pouncing on you again, then again and again" (pg. 66). Here Trent echoes Kealan's earlier meetings with the dreaded black cat, that symbol of bad things to come.

As Kealan faces the fight for the semblance of a normal life, relationship, and routine, he must also face the haunting tragedy that crystallizes in the stark light of day. It is a two-sided battle that he must win if he is to move forward and learn to live with the past, for normalcy is worth fighting for when someone like Valerie represents that hopeful future. Kealan must learn the hard way that "There's no refuge from memory and remorse" (pg. 85). But at what cost comes that bright future?

Shadowboxer is a well-paced story of mounting tension and ultimately hope and survival. We cheer on Kealan to get his life back on track, and as we do so, we also cheer on Trent, whose work here is evidence that his life is aimed in a positive direction. Keep the Noir flowing.
Posted by Anthony Servante at 9:00 PM No comments: