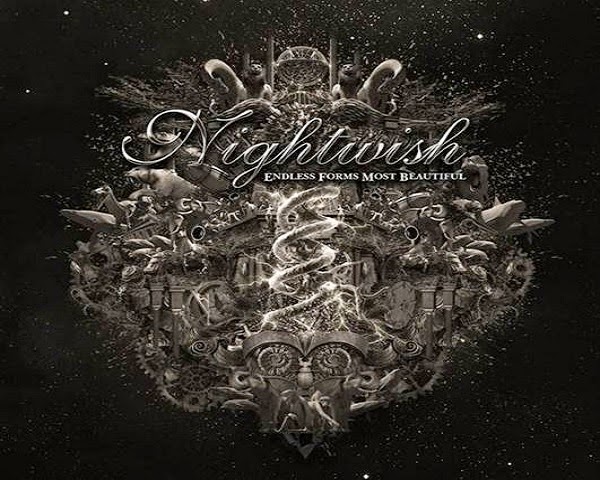 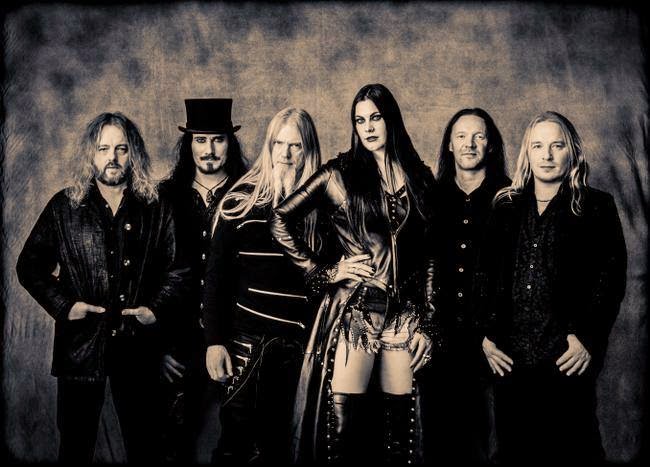 Review:
The music writing talents of Tuomas Holopainen are conducive to the voice his writes for. With Tarja Turunen he found a niche that Symphonic Rock bands have been trying to emulate since Nightwish's first CD. But the combination of grandiose music melding Rock instruments with orchestral arrangements, clever and imaginative lyrics (Tuomas's strongest suit) and Tarja's vocals were no match for the emulators. With each new CD, Nightwish's sound evolved into a perfect hybrid of Rock, Goth, Opera, Classical, and Heavy Metal. Tuomas could switch gears for maximum speed or cruising along oceanside, and Nightwish was the perfect vehicle for his drive to keep the hybrid growing. The addition of Marco Hietala to the band only lent more credence to Tuomas's genius as the gravel-voiced vocalist from Tarot (Marco's former band) matched perfectly with Tarja's operatic range as evident in their near perfect CD ONCE. 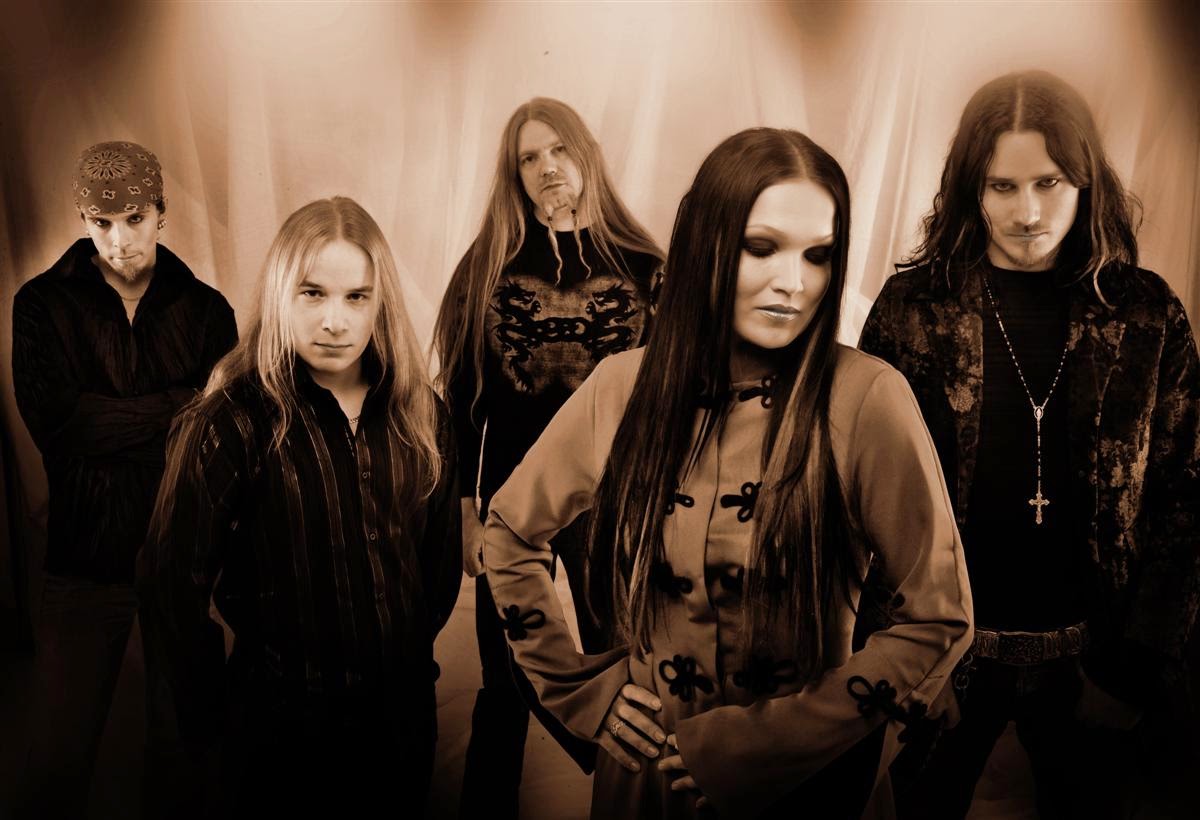 But with Tarja's departure from the band, which we won't get into here, the search was on for another singer. Fans all over the world recommended singers from the emulator bands whose vocalists resembled Tarja in operatic range; however, Tuomas went with Annette Olsen, whose vocal range was more suited for a Hard Rock band than a Symphonic Rock band. But not with Tuomas writing songs for her. Their first CD together was Dark Passion Play (2007), which showed a harder Rock sound edging out the classical leanings. Imaginaerum  (2010), Nightwish's second CD with Annette, found the perfect blend to send Tuomas's hybrid of music soaring again. Then Annette left the band, which we won't get into here.

Floor Jansen, from After Forever, one of those emulator bands, took over Anette's touring duties on vocals as Nightwish continued with their concert touring for Imaginaerum. Of course, Nightwish was still looking for a new vocalist, but Jansen turned into such a crowd favorite that Tuomas invited her to join the band. Now, After Forever is no slouch band; they gave Nightwish a run for their money in the song-writing and vocals department, so Nightwish fans were eager to hear what the new Nightwish CD would sound like with Floor. Well, that CD is now out and it is called Endless Forms Most Beautiful (2015). Well, Tuomas seems a bit confused about whom he is writing for. Floor has that Tarja range, but not the Hard Rock edge of Annette, so the new CD seems to be trying to sound new but it is a rehash of the Tarja-esque sound of Once with leftover themes from Imaginaerum. 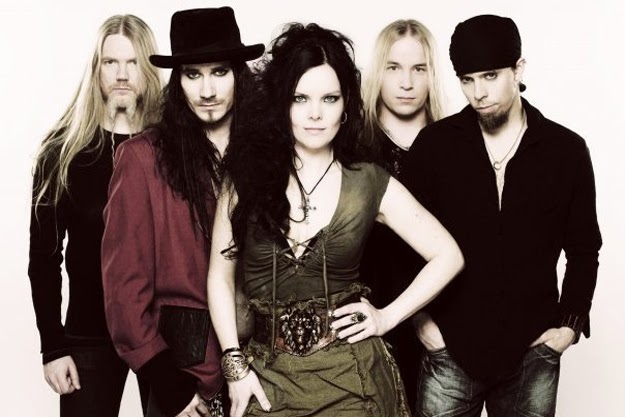 I mean, hell, Nightwish could write Country music and I'd eat it up, so the new CD is a stunning selection of songs that will have you singing along with the best of the Nightwish oeuvre. If only they didn't sound so familiar. The hybrid has stalled. Tuomas doesn't seem to know how to write for Floor's vocal range, as he seems to be avoiding writing Tarja-esque songs for a Tarja-esque voice and yet continues to write Olsen-esque songs for a non-Olsen-esque style. Floor is up for the challenge. She brings the professionalism she showed with her former band and the grandiose range, but the Hard Rock has softened.

The true test will come Friday when I see the latest incarnation of Nightwish live performing songs from the new CD (comprises half the show). Of course, the band will be playing classics from the songlist that have proved popular with fans when Floor made them her own, especially on Ghost Love Score which she turned from Grandiose to Gothic. And the next test will, of course, be on the next CD. Will Tuomas get his songwriting back on track and move the band forward with the new singer ready for music made strictly for her? We'll have to wait and see, but I'll be there to pick up a copy. Even if it's a Country album.


Posted by Anthony Servante at 6:17 PM No comments: 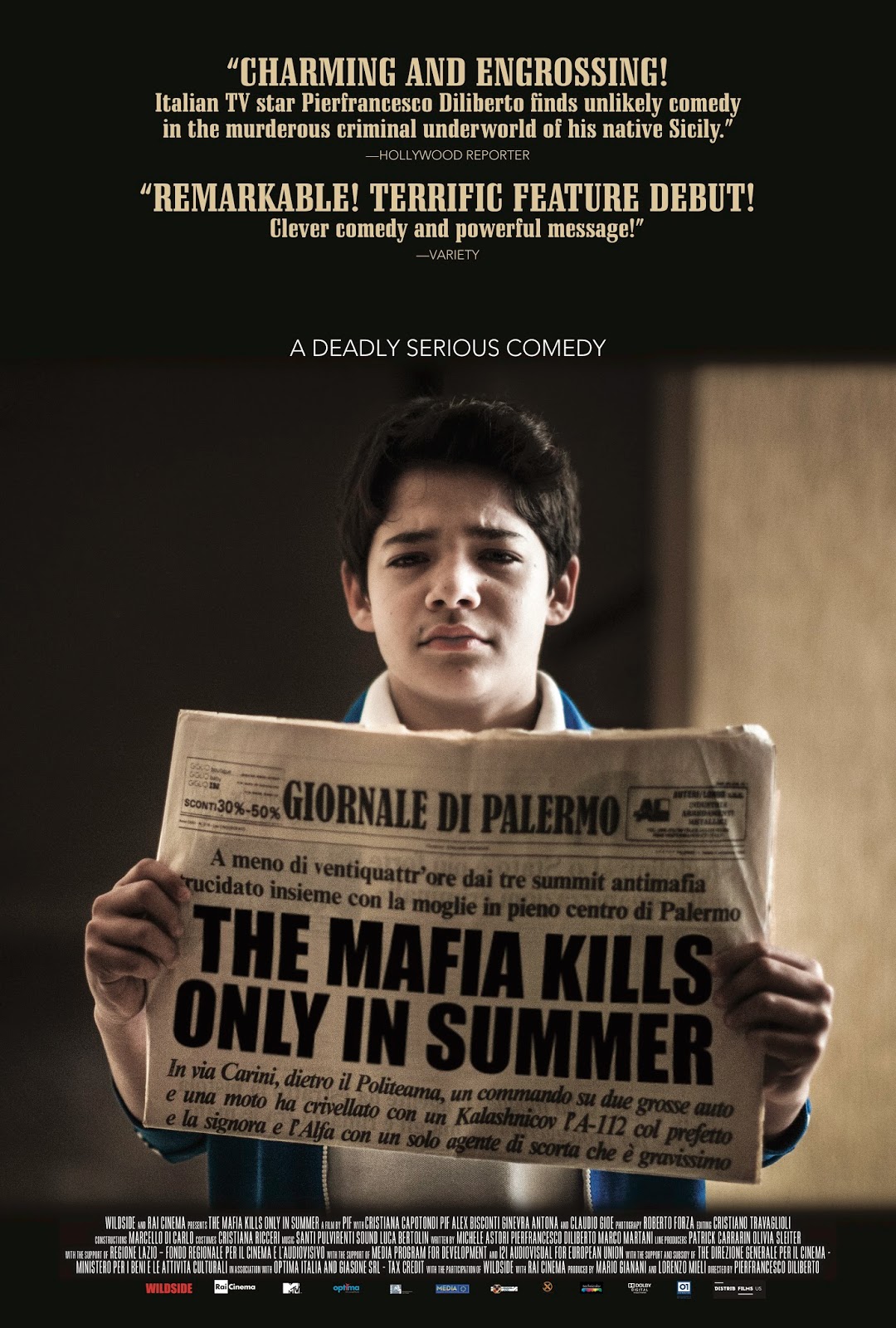 Summary:
Inspired by real events, this is a black comedy about 20 years of history of Sicily from 1970s to 1990s, mocking Mafia Bosses and restoring the generosity of the heroes of Antimafia. Its focused on Arturo, a young boy who grows up in Palermo and tries to conquer his beloved Flora (IMDb).

Review:
The Mafia Kills Only in (the) Summer is a satire on the old adage: When a good man does nothing, evil flourishes. In our case, the evil here is the Cosa Nostra, or the Mafia. We watch as the good people of Palermo turn a blind eye to the growth of the gangs and corruption and witness how judges, police and political officials are killed in gory fashion. The running gag is that there is no "Mafia"; the deaths resulted from a dispute over a woman. And so our young hero, Arturo, fears for his life because he is taken with the pretty new student, Flora. But it is this fear that will educate Arturo in the real menace in his own town as he witnesses death after death that has nothing to do with women.

The problem and attraction with this movie is that it's a comedy. Yes, a comedy. It's Amelie (2001) meets Goodfellas (1990). We watch Arturo grow over twenty years as the friends he meets are killed in horrific but humorous ways. And I don't mean the death is funny--only the circumstances of Arturo's relation to the death. For instance, when the Police Chief in charge of investigating the Mafia in Palermo meets Arturo, he buys him an isis (a sweet bread covered in powered sugar) and tells him that this town is the best place to purchase this bread; when returns to buy himself and Flora an isis, he stumbles upon the corpse of the Chief with his mustache covered in powered sugar. It's a gross scene, but funny because of the isis backstory. Even though the Mafia leaders are portrayed as buffoons, the gory news footage of the real events will shock you right in mid laughter.

Arturo wins an essay writing contest (in an effort to impress Flora) and is given a free column to write about anything he wishes in the Palermo newspaper for a month. He interviews the General sent in to take over the Mafia investigation. He asks the tough questions about whether or not he can handle the situation, putting the General on the defensive. It is a funny moment because Arturo takes his journalist position so seriously and the General goes along with it. The next day, however, the General is killed.

As the body count grows, Arturo keeps blundering his attempts to woo Flora. The movie strikes a delicate balance between the young smitten boy and girl against the backdrop of these assassinations, bombings, and murders of high level officials. But over the twenty years of Arturo's life, we see the people of Palermo begin to fight back against the corrupt police and the influence of the Cosa Nostra. By the end of the movie, we see the results of the people fight to win back their town, and it's a tear jerker.

I was expecting to see a documentary on the rise of the mafia in Palermo, so imagine my surprise to walk in on a comedy. But I laughed so much that I didn't walk out, and I'm glad I didn't. The movie does contain actual news footage of the 1980s when the Cosa Nostra took on the Palermo government. Arturo's love story serves only as a satiric device to allow the gory story to unfold so we put our guard down. But take it from me--by the time you're finished laughing and the love story comes full circle, don't be surprised to find some tears in your eyes. This is a movie of unspoken heroes finally being recognized. 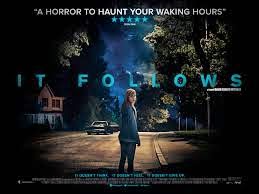 Summary:
For nineteen-year-old Jay, Autumn should be about school, boys and week-ends out at the lake. But after a seemingly innocent sexual encounter, she finds herself plagued by strange visions and the inescapable sense that someone, something, is following her. Faced with this burden, Jay and her friends must find a way to escape the horrors that seem to be only a few steps behind.

Review:
Although It Follows could be understood as an allegory for STDs, it is not that simple a case. This is a movie that messes with our expectations about horror movies and then makes a sharp left turn. Just when you think you have a handle on what you think is going on, you don't. And this is intentional to keep you off balance. As Jay comes to terms with the "demon" coming to kill her, her friends and family must do the same, even though only she can see the creature in the form of a person (usually full frontal naked) as it walks slowly towards her. You'll begin to see everyone walking toward her after a while.

And this is the first movie I've seen in a while that actually uses the jumpscares the way they're supposed to be used--to fray your nerves, not get on them. Music, too, adds to the creepiness. The score is a cross between John Carpenter's movie scores and Tangerine Dream's and it is effective.

Visually, the scares come from the dark look of the film. One of the most frightening shots has a naked man standing atop the roof where Jay was looking out the window. We realize the demon was right within reach of her all along. And although it could kill her on a few occasions, we also learn that it is a sadistic creature that relishes scaring its victim before devouring her.

It Follows gets going right from the start. The first victim we see is broken into a pretzel form, so we know what it's capable of. Then we learn that the creature kills its victims who have had sex. Let me explain that a bit. Jay makes love to boy she only known for a while. The creature will now kill Jay first and then the boy she had sex with and then the girl who had sex with him and so on. If you can put enough victims between you and the creature's ever-growing list of victims, you might just survive just by being at the bottom of the list. But our heroes don't figure this out because they are too busy trying to figure out if Jay is crazy or if the demon is real.

This is one smart horror movie, one that will take its place along side George A. Romero's Night of the Living Dead and David Cronenberg's They Came from Within. Forget what you think you know about horror and go into this movie knowing you will have the crap scared out of you like never before.
Posted by Anthony Servante at 2:07 AM No comments: