From Urban Graves: 13 Poems from the Machine 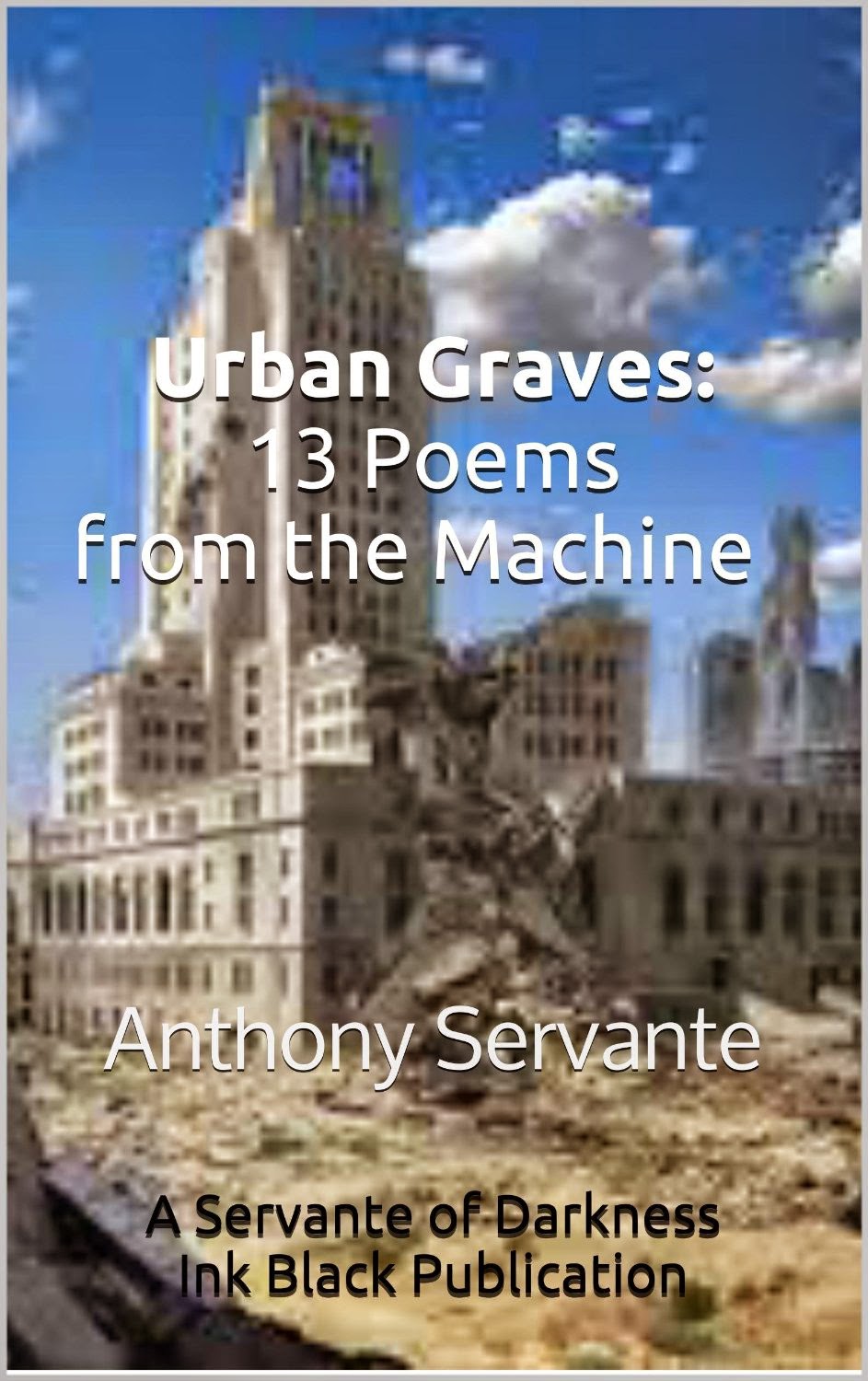 4.0 out of 5 stars Beautiful Free Verse April 20, 2014
By Lisa Lane
Format:Kindle Edition
I received a free advance copy of this work in exchange for my honest review. While not every poem in this collection is perfect, the majority of them are sublime. Each tells a specific and unique story, most of which contain lovely twists within their final lines. A few of them will very likely stay with me for some time. It is rare for a contemporary poet to leave such a lasting impression, but Servante has proven himself a voice for this generation. If you enjoy provocative free verse, you'll love this collection.

Day ends
Night begins
The streets and I
Fill the middle;
A tailgater hits his high beams;
I am blinded
And escape into the freeway;
He follows;
I speed to 80,
He to 81;
I slam the brakes;
He jets around me
And slams his brakes;
I swerve around him
And exit;
He follows;
I am far from home,
But so is he;
I blow through
The red lights;
So does he;
I duck into a dark
Deserted street,
Full of emptiness
And potholes;
The street veers off
And dies in a dead-end;
I stop;
He stops, trapping me;
He hits his high beams
Once more;
I squint into the rear view mirror;
He is laughing:
It is me. 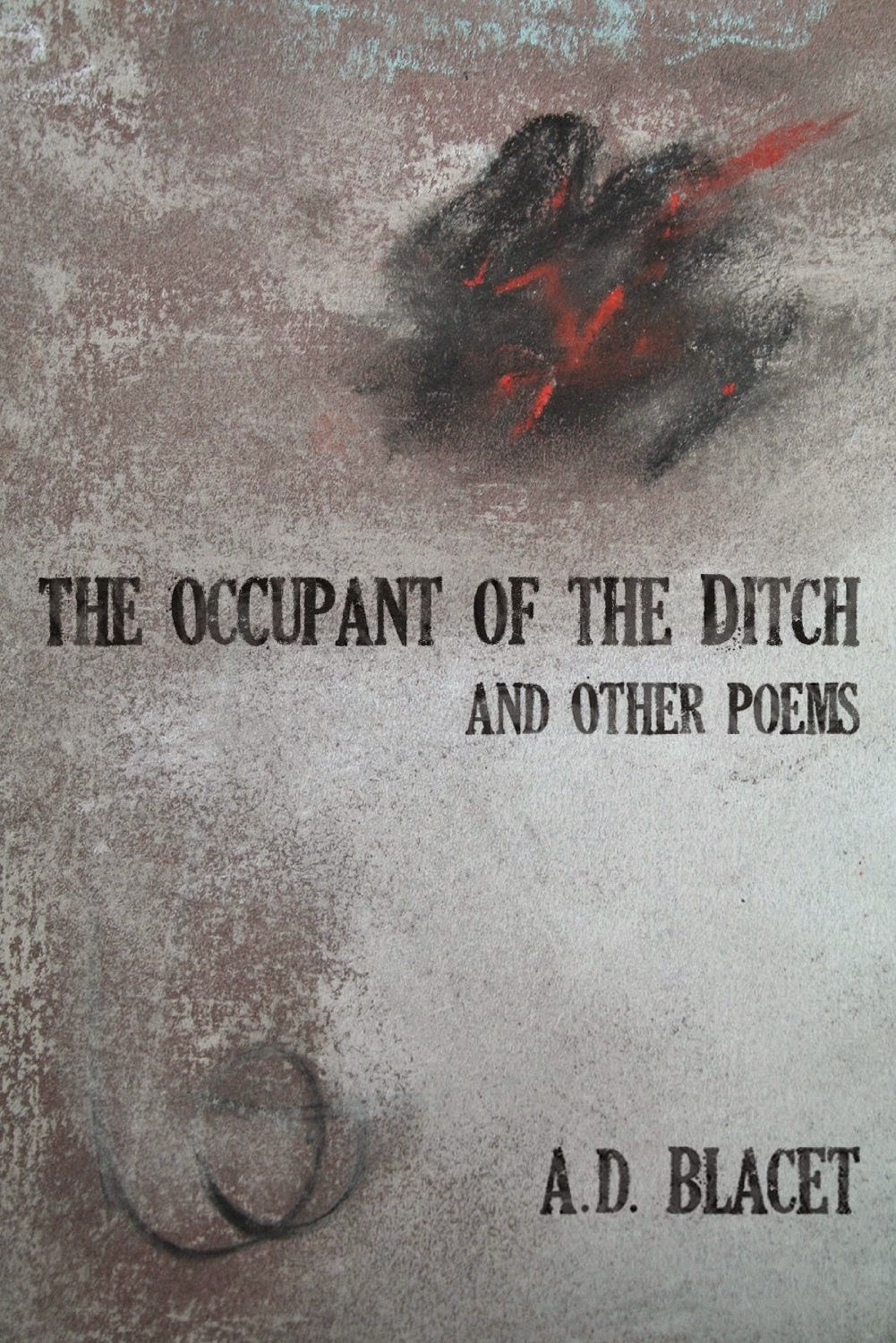 Posted by Anthony Servante at 5:40 PM No comments: 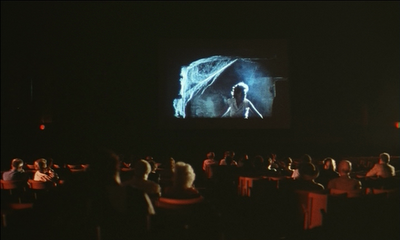 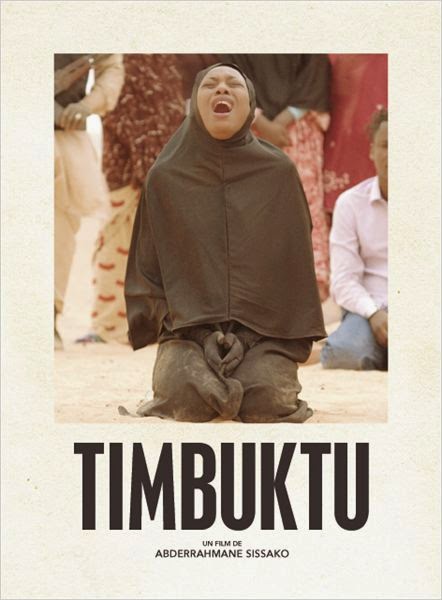 Review:
This is the story of the occupation in 2012 of Timbuktu by the Ansar Dine, a militant Muslim group spreading the Islamic law of Sharia in each town they take over. Basically, dozens of young men carrying weapons enter the town and tell the residents what to do. In the Timbuktu takeover, most of the townsfolk fled, leaving the poor and fringe population to suffer the Sharia laws imposed on them. Some of these ridiculous laws include the women having to wear sox and gloves, no music, no football (soccer), and obeying a strict curfew.

The punishment for disobeying these rules were equally strict and horrific. Adulterers were buried in the sand up to their necks and stoned to death. Thieves had their hands hacked off. Townsfolk who braved playing music on instruments or by singing were hunted nightly by the armed patrols and subjected to vicious lashings in public. Although everyone had a trial, the judges interpreted the Sharia law to favor punitive actions.

But the occupation of Timbuktu is but the backdrop of the story. We follow the lives of a married couple, the local eccentric (a woman dressed in loud colors, carrying a rooster and cursing the soldiers), a soldier who wants to marry a local girl (even though it is against Islamic law--one of the hypocritical actions of the occupiers, the other being the leader smoking cigarettes, which is outlawed), a mysterious person driving a motor bike, and other local characters. All their stories merge at the end of the movie in sad and hopeless horror.

The film is subtly constructed. Even though each character's story seems isolated, by the finale, the bigger story has emerged. The absurdity of the Sharia laws and its punishments are taking its toll on the townsfolk and a rebellion seems to be brewing. The two points of view on Jihad intentions, one from the town religious leader and the other from the Sharia judges are dividing the faithful from the hypocrites.

Timbuktu is a slice of life in the time of terrorist occupation where even the most faithful Muslims question the intentions of the Ansar Dine. Be prepared to listen to a number of languages (Tuareg, Bambara, Arabic, French, and English) with subtitles where necessary. Multilingual translators are in high demand and sometimes translations required going through three languages before even reaching the English subtitles. But I guess that's the point. When even people of the same faith cannot communicate, religious groups begin to splinter. Timbuktu captures the reasons for this divisiveness with charm, subtlety and horror. 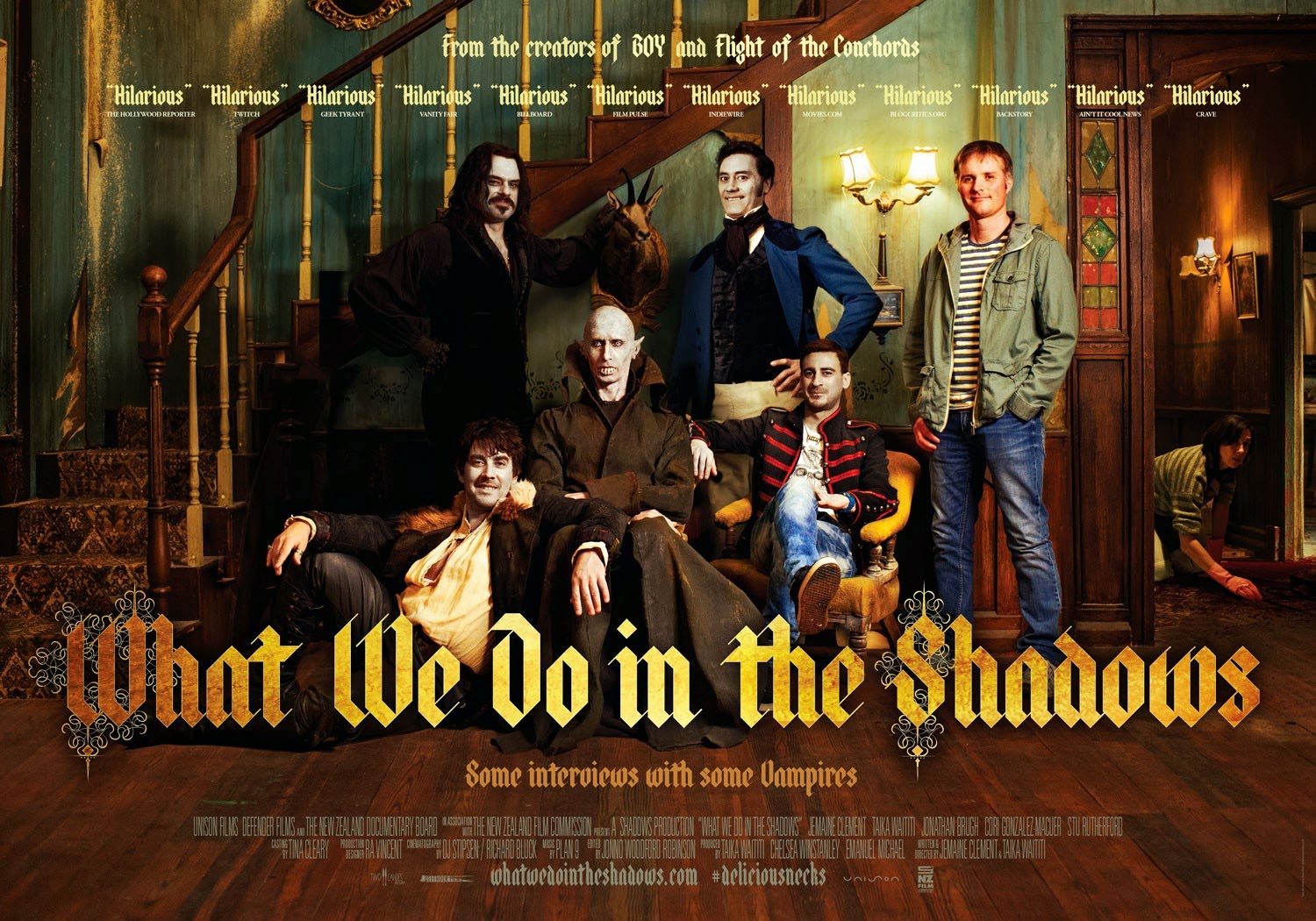 Review:
What We Do in the Shadows (2015) is a satiric poke at the vampire genre in film, especially the "Glitter Vampire" that is somehow still in vogue. In "found footage" documentary style, a quartet of vampires is followed by a film crew to document the night life of four undead roommates. Taika Waititi plays Viago, a young 317 years of age. A "dandy" when he was turned into a creature of the night, he hosts the documentary and explains the comings and goings of the vampire lifestyle in his most foppish mannerisms from dress to affectations. 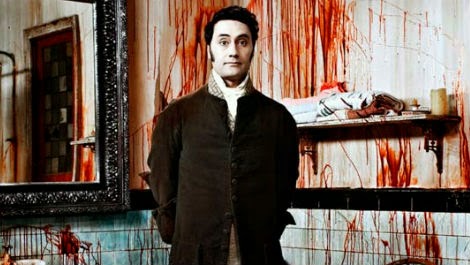 Jemaine Clement plays Vladislav, 862 years old. His character is a take-off on Vlad the Impaler; Clement is Vladislav the Poker (yes, there is a Facebook joke later that riffs on his taking to the internet). In Flight of the Conchords, Jermaine shows us a talent for dry wit and deadpan humor (no pun intended), but he was given next to nothing to do in Men in Black 3 (2013). Here, however, his comic timing and one-liners are back and at peak form ("I'm going to stay in and do my dark bidding", he says ominously, until we realize he's referring to eBay). 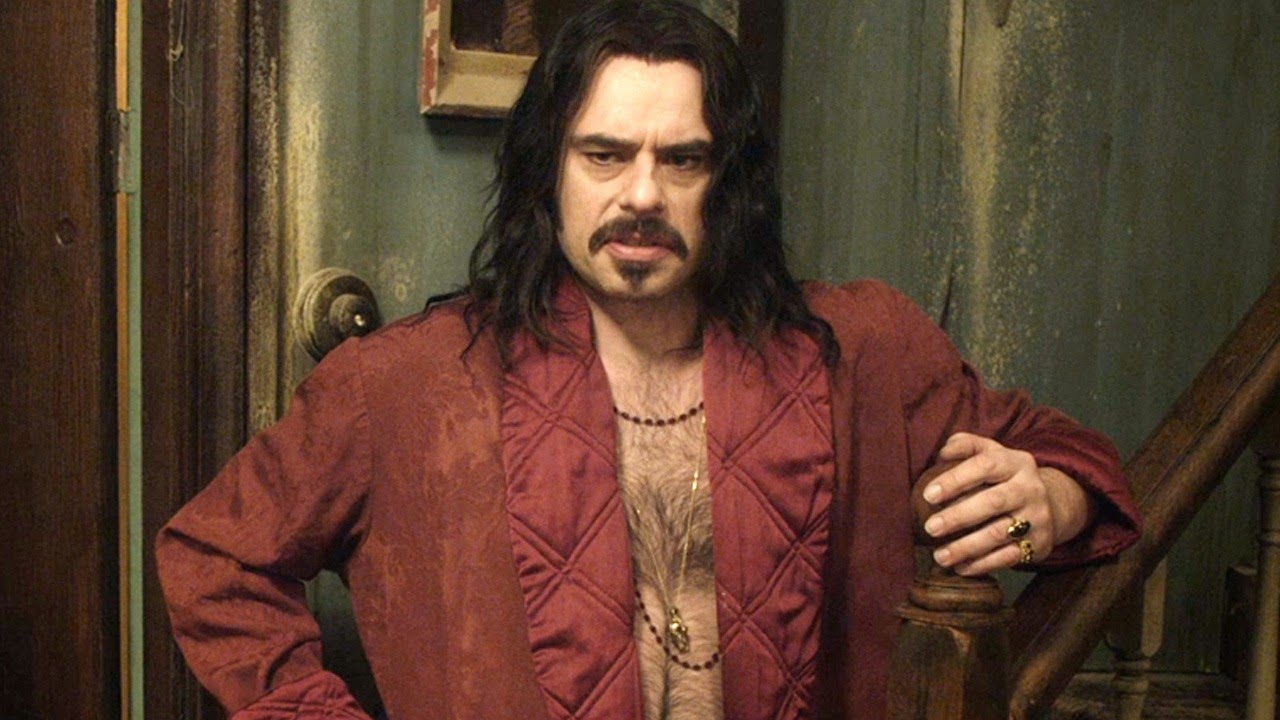 Jonathan Brugh plays Deacon, the "teenager" of the group at 183 years of age. The film begins with Deacon being scolded for not having washed dishes in five years. 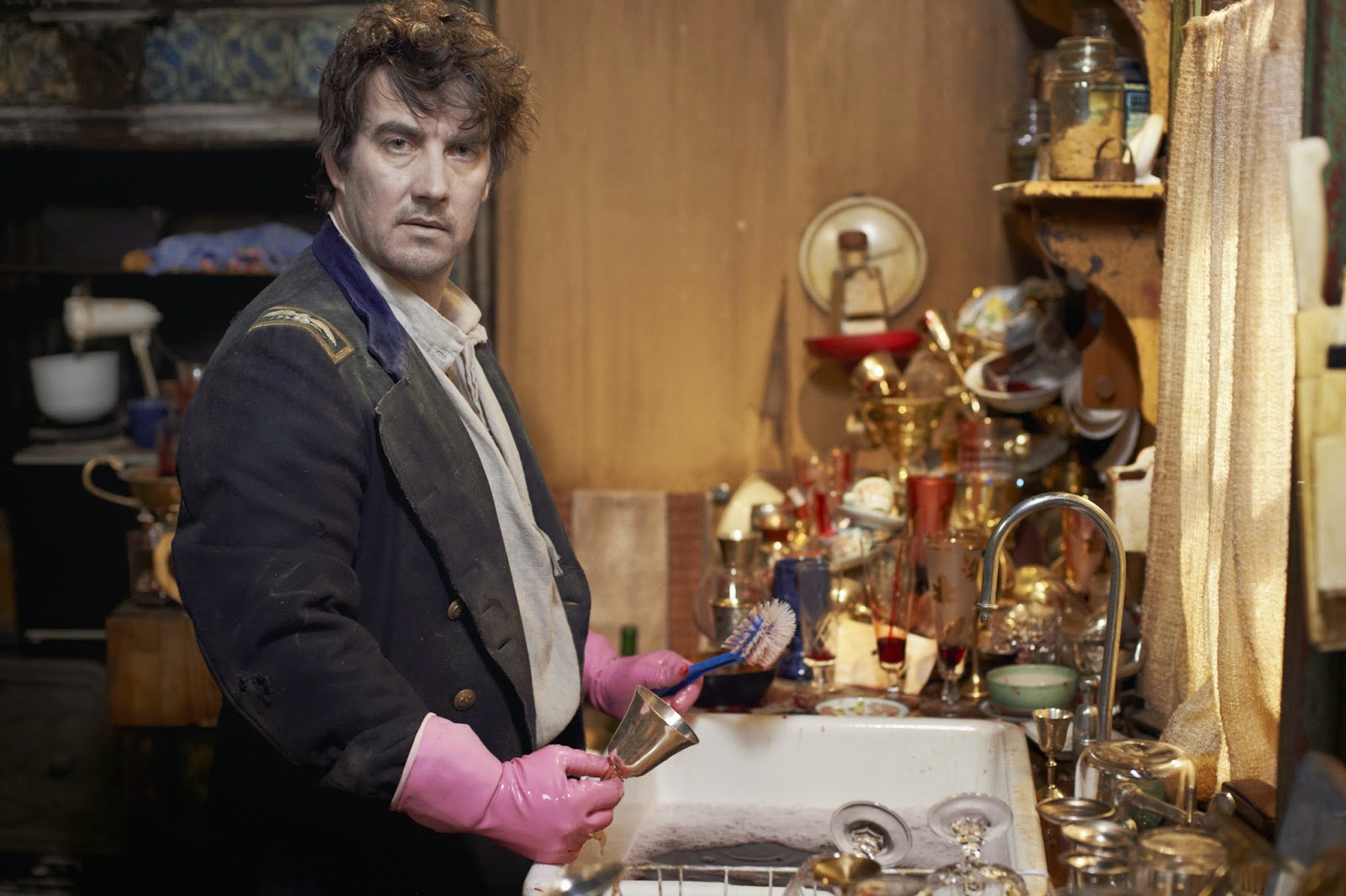 Lastly, Ben Fransham rounds out the quartet, playing Petyr, the 8,000 year old vampire, from an age when the creature of darkness was more monster than human in appearance. Of course, Petyr is a take on Nosferatu (1922, Director: F. W. Murnau), the knock-off of Bram Stoker's Dracula. This ancient vampire provides some genuine scares. 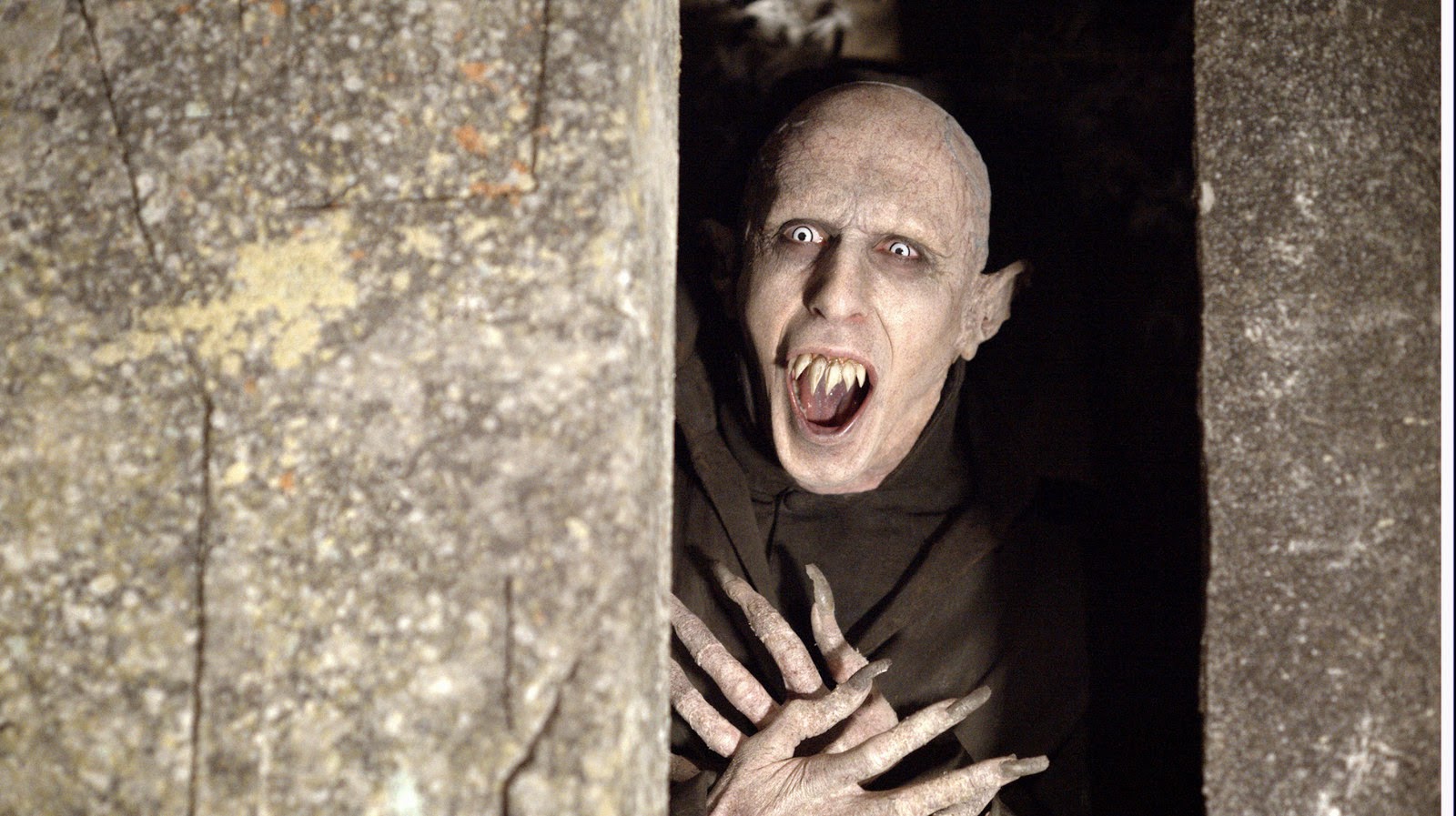 Rhys Darby, also from Flight of the Conchords, plays Anton the alpha werewolf from the pack of lycanthropes that rumble with our vamp flatmates. His straight-faced demeanor when admonishing his fellow werewolves for bad language is a scene-stealing classic and destined to become a meme for the ages. 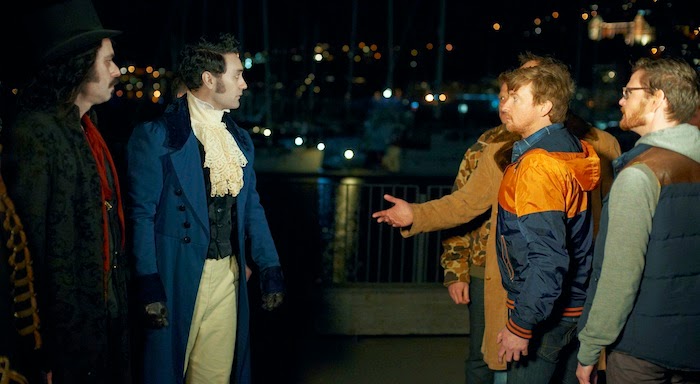 The plot revolves around the upcoming Unholy Masquerade for vampires, zombies, and other horror movie icons. We also witness our vampires' mundane nightlife where they must feed but also have fun. This is difficult to do as they must be invited into the establishments where they want to party, such as nightclubs (a funny scene involves they're trying to convince the doorman to let them into the club). But we also see their neurotic tics and social fears play out, such as what to do with a freshly turned vampire who doesn't follow their rules or befriending a human who all other vampires want to feed on. And wait till you meet The Beast, Vladislav's nemesis. 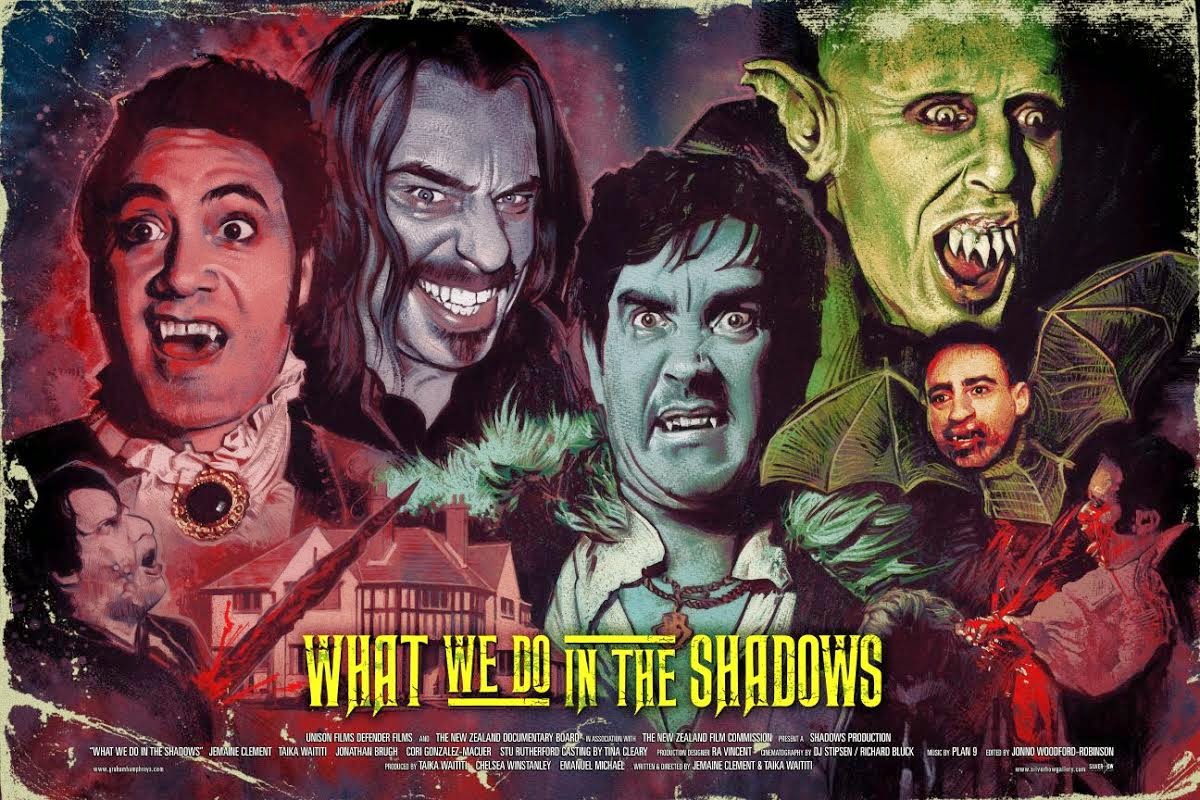 The humor sneaks up on you and doesn't overstay its welcome, as it does in the Scary Movie franchise. And because the movie is so ordinary in its documentary form, the special effects will catch you off guard. Who needs jumpscares when we have laugh-scares?! I want to see What We Do In The Shadows over and again. I laughed so much, I'm sure I missed many of the gags. You'd not only need repeat viewings, but you'd need to be immortal to catch all the laughs

Posted by Anthony Servante at 5:59 PM No comments: