(Originally conducted on February 12, 2012 on The Black Glove Zine: Horror Culture and Entertainment). 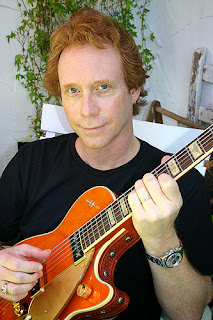 
We are speaking with Bill Mumy today. Known for his wealth of TV appearances, he is also known for the styles of music he has experimented with over the years. I want to cover with him the early years transitioning from TV to music, the music years, and what he is working on now. First off, I’d like to clear up the pronunciation of Mumy. It is not Mummy, nor Myoo-mee—it’s Moo-mee. And it’s Bill now, not Billy. Yes, we still see Billy on all the old TV shows we still watch today, but he’s grown now and he’s a musician who prefers Bill Mumy. 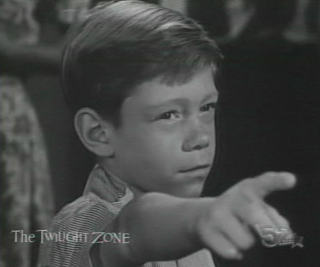 From It's a Good Life by Jerome Bixby


Bill Mumy has been playing music for close to 50 years. He is a multi-talented musician who plays guitar, bass, keyboards, the harmonica and more, with ten officially released solo CDs including a collection called Ghosts, 3 CDs with The Jenerators, work and collaborations with Barnes and Barnes, Seduction of the Innocent, The Be Five, Redwood, America, Gerry Beckley, Rosemary Clooney, Rick Springfield, and David Cassidy.

Later in this article, Bill will share a “Best of” selection from these CDs for our listening pleasure. But first….

Anthony: Hello, Bill, thank you for taking this interview on such short notice. We here at The Black Glove and our readers are appreciative. I am Anthony Servante, from Dark Suites Music, and it’s a pleasure to hear from you today.

Mumy: It’s actually 1 in the morning right now for me. So… it’s tonight.

Anthony: I’m here to speak about music today, but my readers would kill me if I didn’t ask about the menacing kid from the Twilight Zone episodes, It’s Good Life, and later, It’s Still a Good Life, and Long Distance Call, and the young boy who played Will Robinson on Lost in Space. What were those TV years like growing up?

Mumy: They were good. I enjoyed myself. Did a lot of interesting stuff. Made good friends. Traveled. And learned a lot about many sides of acting and show biz. Made some decent money, too. It always felt normal to me. 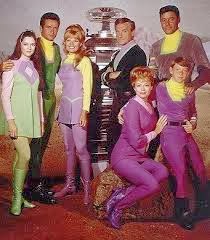 
Anthony: Let’s start with the beginning of your music years. Does it begin with “Fish Heads” and Dr. Demento? Did recognition from being a TV star help or hinder your career rise in music?

Mumy: Oh man… I was playing guitar and singing folk songs back on Lost in Space when I was 11. I’ve been gigging and recording professionally since I was 16. Long road. I never wanted to exploit the acting side of my work in terms of progressing my music. I just wanted to be in a band. Once in awhile it got out, may have brought some initial attention to projects, but I don’t think it ever helped. It probably hindered, because people tend to formulate concepts of people based on what they initially know them as, and if they’re successful in that, it’s difficult for them to break into other categories. Anyway, there’s a lot of music before Barnes and Barnes and “Fish Heads” and the novelty music stuff. I dig that, but it was always a side project… a place where excess energy went. Not the main source of my writing at all.

Bill Mumy with the band America


Anthony: What was the next stage for you musically? What were some of the influences on your music growth?

Mumy: It’s just one continuous ride. As far as influences go… I started out as a folk guy, The Kingston Trio, Pete Seeger, Dylan… then got into The Everly Bros, Rick Nelson, and heavy into folk rock; The Byrds, Lovin’ Spoonful, Buffalo Springfield… progressed into Brian Wilson/Beach Boys… then went back to Muddy Waters, Howlin’ Wolf, The Staples Singers, Robert Johnson… and The Stones, Peter Green’s Fleetwood Mac… always The Beatles. I could go on and on about what I dig and have been influenced by… 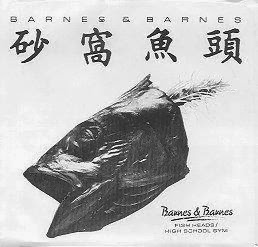 Anthony: What’s on the plate for Bill Mumy these days?

Mumy: I’m promoting my brand new album, “Until The Big Bang Whimpers” on GRA. Doing a couple videos for that right now. Been working with some other artists, writing and playing sessions… lots of musical things bubbling. 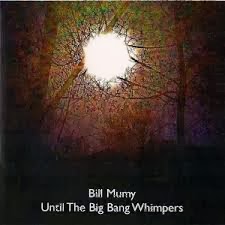 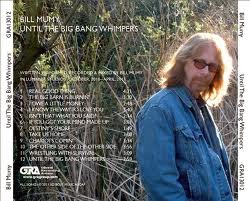 
Anthony: Is there anything you’d like to promote for our readers to learn more about Bill Mumy and his music?

Mumy: Yeah. I’d love it if more people listened. There’s a lot of my stuff out there to check out. Seek and ye shall find. Amazon, Itunes, Youtube, etc… [Visit Bill’s website for more on his music and discography: http://billmumy.com/mumy/main.htm]

Anthony: Last of my questions: May I impose upon you to put together a Youtube Top Ten Bill Mumy retrospective of songs that we can share with our readers? And perhaps tell us a little about each song?

Mumy: well, I’m assuming you mean songs I’m connected with… that I wrote or that I perform… and since it’s youtube, there’s a lot of live versions out there as well as studio cuts… and I don’t really know exactly what’s floating around… I’ll give you ten that cover a lot of different styles of mumy music. 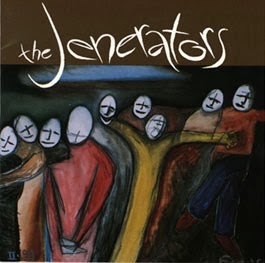 
2. Dying To Be Heard… a solo acoustic live performance of mine. I like this song a lot. From “orange moon films”.


4. Overdue… a live rocker by me with band… from “orange moon films”.

5. The Jenerators “In the Greenhouse” A band I was in for 18 years. There’s a live club version out there… always fun..bluesy rock. 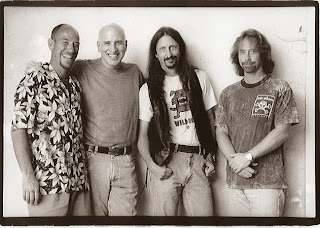 
6. “It’s Just A TV SHOW” the Be Five… joined by Steve Lukather and some other boss player pals… the vocals done by five cast members from Babylon 5, a sci fi series I was on for 5 years. [This video is no longer available, so I took the liberty to add Might Be You by The Be Five].


7. ”Never Be Lonely”… one of many America songs I co-wrote. There’s lots of versions on youtube. One of me doin’ it solo acoustic. Many of America doin’ it.

8. “I’ve Got Some Presents For Santa”… a sexy Christmas jazz novelty song I wrote. Sarah Taylor sings it.

10. THE BALLAD OF WILLIAM ROBINSON (a true folk song about a space sailor gone astray that just happens to be by the guy who played Will Robinson on lost in space).

Anthony: Fantastic. I would again like to thank Bill Mumy for sharing his time with us today.

Note: To maintain the integrity of Bill Mumy’s responses to my questions, I left them intact to reflect his manner of poetic expression and style of speech, not as one may misperceive as a fondness for typos on his or my part. :)

Posted by Anthony Servante at 1:26 AM No comments: