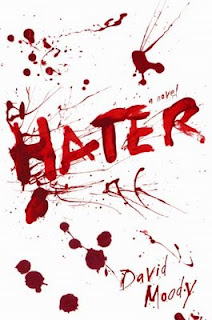 Book Summary:
REMAIN CALM DO NOT PANIC TAKE SHELTER WAIT FOR FURTHER INSTRUCTIONS THE SITUATION IS UNDER CONTROL Society is rocked by a sudden increase in the number of violent assaults on individuals. Christened 'Haters' by the media, the attackers strike without warning, killing all who cross their path. The assaults are brutal, remorseless and extreme: within seconds, normally rational, self-controlled people become frenzied, vicious killers. There are no apparent links as a hundred random attacks become a thousand, then hundreds of thousands. Everyone, irrespective of gender, age, race or any other difference, has the potential to become a victim - or a Hater. People are afraid to go to work, afraid to leave their homes and, increasingly, afraid that at any moment their friends, even their closest family, could turn on them with ultra violent intent. Waking up each morning, no matter how well defended, everyone must now consider the fact that by the end of the day, they might be dead. Or perhaps worse, become a killer themselves. As the status quo shifts, ATTACK FIRST, ASK QUESTIONS LATER becomes the order of the day... only, the answers might be much different than what you expect....

In the tradition of H. G. Wells and Richard Matheson, Hater is one man’s story of his place in a world gone mad— a world infected with fear, violence, and HATE. 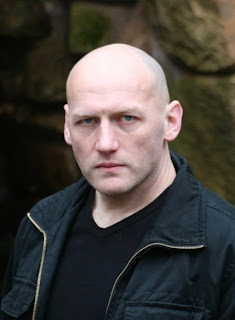 Author Biography:
David Moody grew up on a diet of trashy horror and pulp science fiction. He worked as a bank manager before giving up the day job to write about the end of the world for a living. He has written a number of horror novels, including AUTUMN, which has been downloaded more than half a million times since publication in 2001 and spawned a series of sequels and a movie starring Dexter Fletcher and David Carradine. Film rights to HATER were snapped up by Guillermo del Toro (Hellboy, Pan's Labyrinth) and Mark Johnson (producer of the Chronicles of Narnia films). Moody lives with his wife and a houseful of daughters and stepdaughters, which may explain his pre-occupation with Armageddon. His latest novel, TRUST, is currently available free online at www.trustdavidmoody.com. Visit Moody at www.davidmoody.net.

Review:
Hey, Anthony, you may exclaim, Hater is not a zombie novel. Well, I disagree. In my article Zombies, Ghouls, and Gods Part One (http://the-black-glove.blogspot.com/2012/02/servante-of-darkness-7-zombies-ghouls.html), we learn that zombies were not always the George Romeo-esque walking dead; they were social aberrants (white zombies, for instance) based on Voodoo religions. As such, these creatures were grotesque reflections of civilized man—man as worker, societal business cog, a target for satirists (such as Charlie Chaplin in Modern Times) to refer to as mindless robots for the wealthy. The rich and the poor divided into the haves and have-nots. Thus, we can look to Romero’s zombies as he depicts them in Dawn of the Dead and Day of the Dead, as consumers and workers who even in death maintain their place in a consumer-based capitalism. (In Dawn, the mall represents the core of consumerism, and in Day, the government tries to turn the zombies into productive parts of said capitalism).

Now let's see where Hater fits in this conglomeration.

The story begins with a business man who fixes on an old woman, who then attacks her, and then realizes that he is surrounded by thousands just like the woman he focused on. The man is one of us until he breaks the law; then he becomes one of them. Soon more of them mount more attacks and are killed themselves, arrested, or join others like themselves. Eventually, there are two groups, us and them; they want to annihilate us, and we them, for they are the haters, the outlaws, the social outcast—the white zombies.

In Moody’s words: Hater is “simply a story of a divided humanity - us versus them, with no prospect of reconciliation. Only one side will survive. I think that's a characteristic all zombie stories share.” But as Daffy Duck once said, “Pronoun trouble.” Just who is “us’ and who is “them”? Simply, it is the unknown factor. Take, for example, the idea of the government. Note this example: The government has raised taxes again; they are always doing that. Who is “they” in that last sentence? The government? No. Government is singular. Here is the correct version: The government has raised taxes again; it is always doing that. Here’s another: The school wants us to wear uniforms; they always change the rules. Correction: Not “they”, but “it”. School is singular. And it’s not just pronoun problems; we believe that there is a “they” out there messing with our lives. "They" can be anyone who we perceive as a threat or danger or annoyance. "They" are the muggers, the people who bully you, the corporations that siphon your paycheck. They fired me from my job. They kicked me out of the bar last night. They arrested me. What Moody has done is concretize the “they” and “us” into two real groups, because in the case of Hater, “they” are killing “us”.

In this sense, they who control the infrastructure win. In Dawn, it was about who would control the mall (the law-abiders—the national guard; the outlaws—the bikers; or the undead—local shoppers in life?). In Hater, it is about who will survive to rebuild society.

One of the options for this division in humanity is that evolution is activated in the DNA of “them”, the haters. To the haters, it is “us” who are the haters, those who wish to kill them for whatever reason. Such hatred is innate in animals; it is a survival impulse. It protects this generation and guarantees the next generation. Kill now, ask questions later, for only the survivors will be around to ask anything. We, on the other hand, are systematically eliminating them: soldiers are rounding up citizens, and with the use of a “hater” detector, can identify them from us. We still maintain the machines and semblance of society, while they try to overthrow us by anarchic means.

Let’s discuss the storyline. There is a rise in violent assaults. People are randomly turning into “haters”, killing strangers and loved ones with equal viciousness. Danny McCoyne, the narrator and focus of the story, walks us through this anarchy. People stop going to work, looters take to the streets, and families hide out at home, barricading themselves into a “safe room”. The television goes from newsworthy to worthless as the unpredictability of the attacks render all facets of media unreliable. Danny shows the readers the breakdown of law and order and the rise in the number of haters as he risks going out to find food for his family and to rescue his father-in-law. These societal breakdowns are the parallels common to the zombie apocalypse. First we try to defeat the undead; then we merely try to survive them. Eventually, we turn on each other till we can’t distinguish blind zombie feeding frenzies from human greed and civil disintegration. (Think The Governor in The Walking Dead).

But David Moody is not interested in the undead here in Hater (he will be later in his Autumn series); what he seeks here for the reader is to witness a new origin of a species. First, level the infrastructure, then, let the strongest survive, and finally, allow the survivors to rebuild the infrastructure in the old or new way, depending on who wins, us or them. As such, Moody’s zombie is not unlike the X-Men, the next evolutionary link to the future; even as society rejects these new mutant men, the mutants unite to survive, some to overthrow the inferior men, others to live alongside these men who would destroy them. “They” in essence could be called X-Haters, if one were so inclined.

Moody has written a story rich in the paranoia of man’s fears of being replaced. We worry about outer space creatures wiping out man, fear the zombie apocalypse shifting the population to undead over living, and wonder if that new neighbor might take over our community. Hater taps into these fears and forces us to consider: Are we them or are they us? One could easily point to McCarthyism, the Red Scare of the 1950s, to compare Hater, but that would be too easy. Moody is going for something a bit more subtle. There never was a Communist threat in the US of A in the 50s. It was just paranoia. "They" were the imaginary communists trying to overthrow us. With Hater, the threat is real, and the moment will come when YOU realize you are either one of them or us, and have been all along. It's this realization that makes Hater both terrifying and compelling.
Posted by Anthony Servante at 10:44 PM