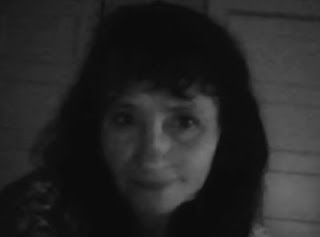 Anthony: With us this Halloween month, we have Billie Sue Mosiman. Thank you for being with us.

Billie: I'm happy to be here and appreciate the opportunity.

Anthony: Can you tell our readers about yourself and your work?


Billie: I am a thriller, suspense, and horror novelist, a short fiction writer, and a lover of words. In a diary when I was thirteen years old I wrote, "I want to grow up to be a writer." It seems that was always my course. My books have been published since 1984 and two of them received an Edgar Award Nomination for best novel and a Bram Stoker Award Nomination for most superior novel. I've been represented by the William Morris Agency, belonged to many professional writing organizations, and wrote columns and reviews in magazines. I have been a regular contributor to a myriad of anthologies and magazines, with more than 150 short stories published. My work has been in such diverse publications as Horror Show Magazine and Ellery Queen's Mystery Magazine. I have one collection of my short stories called DARK MATTER in hardcover and several e-book collections. For a while I taught writing for Writer's Digest and for AOL online, and gave writing workshops locally in Texas.

I was born in Alabama and live now in Texas on a small ranch.

My work has been predominately suspense thrillers, but I also wrote a western historical, a trilogy of vampire novels, a travel memoir, and, of course, many short stories. My latest novel is BANISHED, a dark fantasy horror novel involving fallen angels. Most of my work has been made available at kindle.com for the e-book reader, including my Stoker-nominated novel, WIDOW, and my Edgar-nominated novel, NIGHT CRUISING.

I love to read (especially on my Kindle), paint, take photographs, and travel. I can name two inspiring persons in my life. One was my grandmother, Naomi, who by simply loving me unconditionally gave me faith in myself--and, every day and forever, my husband, who has lived this adventure with me.

Because of my love of storytelling, I've been fortunate enough to make a lifelong investment in writing stories and novels.

News of my e-book publications can be found at: http://peculiarwriter.blogspot.com/


Anthony: What are the genres that inspire you to write?

Billie: I've always loved suspense. I also love horror, but suspense is the genre that I like to read most and it's what I've mostly written, especially in the novel form.


Anthony: Are there any themes that you try to tackle or avoid?

Billie: There are very few themes I avoid. Obviously there is subject matter that bothers me and I just stay away from it, but I don't think any subject should really be taboo or the writer is limited. The themes I seem to tackle the most are how a person's actions affect those around him. I also tackle addictions, psychoses, and the abnormal mind that causes people to perpetuate crimes against one another. I write about damaged human beings and have realized just about every human being in the world is damaged or weird or freaky in some way or other. There is no such thing as "normal."


Anthony: What is your view on Noir today? Is it evolving for the better?

Billie: I don't see a lot of it written, but what I have seen has been splendid. It's a very old style, but I love the heck out of it. One of my favorite things to do is read old noir novels or watch old noir movies. They're so relentlessly dark and unapologetic about it.


Anthony: How about Horror? Improving or stagnating?

Billie: I think horror is entering a heyday. There's one trend that's come along, maybe because of the popularity of the TV series THE WALKING DEAD, and that's zombies, that has been overwritten in my opinion. I mean it's like back in the 1950s when there were all those creature features at the theaters until the public tired of it. Then all the wackadoodle science fiction movies in the 1960s that quickly went sour. Then of course in the 80s and 90s there was the vampire invasion both in books and film. Yawn. That's how I see zombie fiction now. (I know there are a lot of fans of zombie fiction and they're going to hate me for this, but it's a trend, folks, that's all I'm saying, and all trends end.) A subgenre gets overwritten and gets old. On the other hand, there are some writers doing other kinds of horror that is really interesting. I love it when a genre inspires new writers and new ideas. That's happening now and it's great.


Anthony: Let’s put the books aside for a second. What do you like to do when you’re not reading or writing?

Billie: I like to watch movies, old black and white movies, when I get a chance. One of my pleasures is watching great SF movies. Things like MINORITY REPORT, INCEPTION, and the like. I like to garden, paint, take photographs, travel, and make quilts. I like to listen to talk radio (Coast to Coast AM) late at night. They have on crazy people and conspiracists and those folks are fun, but they also talk to scientists and authors and...heck, it's a habit I've gotten into listening to that show.


Anthony: When you are writing, do you have any preferences for background noise? TV or music or such? Can you give us some examples?

Billie: I don't mind any noise going on around me. I don't seek it out as in turning on the TV or my iPod, but I trained myself as a young novelist raising two children to be immune to background noise or interruption. So, no, I don't deliberately have music playing or anything. I just go off into my own world of the story and then nothing going on in the real world interferes.


Anthony: I’m a carrots and celery sticks man when I write? What’re your munchies when you’re pounding the keys?

Billie: Honestly, I don't eat when writing. Sometimes I've written all day long without eating a bite. I drink pots of coffee. I get sick of coffee, I drink tea or cola or water. I just don't eat.


Anthony: Who are the biggest influences on your writing and inspiration to write?

Billie: There were so many. It started when I was a girl reading Somerset Maugham, continued into my teens and twenties reading F. Scott Fitzgerald and Steinbeck, continued into Flannery O'Connor and Truman Capote and Tennessee Williams, on into Phillip K. Dick and Jim Thompson and John D. MacDonald. Then I began on the modern novelists and particularly the ones in my field of suspense/horror. I read every book Stephen King ever wrote, many of the other horror novelists of his ilk. These were my influences and inspirations. The old novelists did some things modern novelists didn't even know. Modern novelists did things never thought of by the great authors of the past. They all taught me something.


Anthony: Who are the writers we should be keeping an eye on for the future of Horror and Noir?

Billie: Trent Zelazny. Kealan Patrick Burke. Michael Collingwood. Scott Sigler. Then there are some real up-and-comers who have less of a presence, but they're going to make their marks one day. I'm keeping an eye on them. The ones who come to mind are Franklin E. Wales, Bryan Hall, and Jeffery Kosh. They have the fire in them.


Anthony: What projects are you working on that fans can look forward to?

Billie: I've started a new suspense novel, untitled right now. And I'm toying with returning to the trilogy I want to write for my fallen angels who are in the first book about them, BANISHED. I have half of the next book about them written and I hope to finish it this coming year.


Anthony: Can you give a few words to upcoming writers who are having it tough?

Billie: First of all I'd say it's always tough. It never stops being tough. This isn't a profession that goes easy. It was said only 5% of all working and publishing authors made a living. It's probably lower today. Don't expect this life as a writer to be easy. I'd say you have to believe in yourself because if you're looking for validation from the world, it may not come for some time. Today with self-publishing some new writers are getting early validation, but they're going to have to really depend on themselves and their burning need to write to sustain them over the long haul. I've been writing for about forty years and the only thing that kept me going was me. You can't depend on publication (in any form), awards, reviews, your mama, your daddy, your husband or your friends. Each writer is alone in this profession and if you want to be good at it and make it a real profession that will mean something, you have to keep your faith in yourself. This means practice, practice, practice. This means not publishing or submitting to publish unless it's the best you can possibly do and even then think about it twice or ten times or fifty times before you do it because most writers need years of experience and practice in order to be as good as they can be. Writers do not leap whole and skilled from the forehead of the Muse. They are made one day at a time, one piece of work at a time, millions of words, years of effort and dedication. That's the word I'd give to writers--Dedication. Do it for yourself. Do it the best you know how. Step back and compare it against the best books or stories you've ever read in your entire life and if it can't stand beside those works, keep practicing.


Anthony: Thank you for being with the Servante of Darkness this Halloween month. It’s been a pleasure having you.

Stay tuned for my review of Billie's book, BANISHED.

To find publications by our guest author, visit:
:http://www.amazon.com/s/ref=nb_sb_noss?url=search-alias%3Ddigital-text&field-keywords=billie+sue+mosiman&rh=n%3A133140011%2Ck%3Abillie+sue+mosiman
Posted by Anthony Servante at 2:28 PM